Twelve University of Cambridge researchers have won advanced grants from the European Research Council (ERC), Europe’s premier research funding body. Cambridge has the most grant winners of any UK institution, and the second-most winners overall. Their work is set to provide new insights into many subjects, such as how to deal with vast scales of data in a statistically robust way, the development of energy-efficient materials for a zero-carbon world, and the development of new treatments for degenerative disease and cancer.

Two hundred and nine senior scientists from across Europe were awarded grants in today’s announcement, representing a total of €507 million in research funding. The UK has 51 grantees in this year’s funding round, the most of any ERC participating country.

ERC grants are awarded through open competition to projects headed by starting and established researchers, irrespective of their origins, who are working or moving to work in Europe. The sole criterion for selection is scientific excellence. ERC Advanced Grants are designed to support excellent scientists in any field with a recognised track record of research achievements in the last ten years. Apart from strengthening Europe’s knowledge base, the new research projects will also lead to the creation of some 1,900 new jobs for post-doctoral fellows, PhD students and other research staff.

Professor Melinda Duer from the Yusuf Hamied Department of Chemistry has been awarded a grant for her EXTREME project to explore the chemistry that happens when a biological tissue stretches or breaks.

So-called mechanochemistry leads to molecules being generated within the tissue that may be involved in communicating tissue damage to cells. Detecting and understanding this chemistry is highly relevant for understanding ageing, and for developing new therapeutics for degenerative diseases and cancer.

“This award means I can do the research I’ve been dreaming about for the last ten years,” said Duer. “I am extremely grateful to the European Research Council for giving me this amazing opportunity. The ERC is one of the few organisations that understands the need for longer-term funding for high-risk, high-reward research, which is essential for this project. I really couldn’t be more delighted and I can’t wait to get started!”

Professor Manish Chhowalla, from the Department of Materials Science and Metallurgy, received funding for his 2D-LOTTO project, for the development of energy-efficient electronics.

“This grant will enable our research group to realise the next generation of energy-efficient electronics based on two-dimensional semiconductors,” he said. “The funding will also support a team of students, early career researchers and senior academics to address the challenges of demonstrating practical tunnel field effect transistors.”

Professor Henning Sirringhaus from the Cavendish Laboratory received funding for his NANO-DECTET project, for the development of next-generation energy materials. “Worldwide, only about a third of primary energy is converted into useful energy services: the other two thirds are wasted as heat in the various industrial, transportation, residential energy conversion and electricity generation processes,” said Sirringhaus. “Given the urgent need to mitigate the dangerous consequences of climate change, a waste of energy on this scale needs to be addressed immediately.

Professor Marcos Martinon-Torres from the Department of Archaeology received funding for his REVERSEACTION project, which will study how societies in the past cooperated. “Many prehistoric societies did pretty well at maintaining rich and complex lives without the need for permanent power hierarchies and coercive authorities,” he said. “Arguably, they chose to cooperate, and not just to ensure survival. The lack of state structures did not stop them from developing and sustaining complex technologies, making extraordinary artefacts that required exotic materials, challenging skills and labour arrangements. I’m keen to understand why, but also how they managed.

“This grant couldn’t have come at a better time, as collective action is increasingly recognised as the only way to tackle some of our greatest global concerns, and there is value in studying how people collaborated in the past. With our labs freshly revamped through our recent AHRC infrastructure grant, we are ready to take on a new large-scale, challenging archaeological science project.”

Professor Marta Mirazon Lahr, also from the Department of Archaeology, was awarded funding for her NGIPALAJEM project, which will bring a new understanding of how the evolution of our species is part of a broader and longer African evolutionary landscape.

“My research is in human evolution, a field that advances through technical breakthroughs, new ideas, and critically, new fossils,” said Lahr. “A big part of my work is to find new hominin fossils in Africa, which requires not only supportive local communities and institutions, but long-term planning and implementation, a dedicated team, significant funds and the time to excavate, study, compare and interpret new discoveries. This new grant from the ERC gives me all this and more – and I just can’t wait to get started!”

Professor Richard Samworth’s RobustStats project will develop robust statistical methodology and theory for large-scale data. “Large-scale data are usually messy: they may be collected under different conditions, and data may be missing or corrupted, which makes it difficult to draw reliable conclusions,” said Samworth, from the Department of Pure Mathematics and Mathematical Statistics. “This grant will allow me to focus my time on developing robust statistical methodology and theory to address these challenges. Equally importantly, I will be able to build a group of PhD students and post-docs that will dramatically increase the scale and scope of what we are able to achieve.

Professor Zoran Hadzibabic from the Cavendish Laboratory was awarded funding for his UNIFLAT project. One of the great successes of the last-century physics was recognising that complex and seemingly disparate systems are fundamentally alike. This allowed the classification of the equilibrium states of matter into classes based on their basic properties. At the heart of this classification is the universal collective behaviour, insensitive to the microscopic details, displayed by systems close to phase transitions.

A grand challenge for modern physics is to achieve such a feat for the far richer world of the nonequilibrium collective phenomena. “Our ambition is to make a leading contribution to this worldwide effort, through a series of coordinated experiments on homogeneous atomic gases in two-dimensional (2D) geometry,” said Hadzibabic. “Specifically, we will study in parallel three problems – the dynamics of the topological Berezinskii-Kosterlitz-Thouless phase transition, turbulence in driven systems, and the universal spatiotemporal scaling behaviour in isolated quantum systems far from equilibrium. Each of these topics is fascinating and of fundamental importance in its own right, but beyond that we will experimentally establish an emerging picture that connects them.”

Dr Helen Williams from the Department of Earth Sciences said: “By funding the EarthMelt project, the ERC has given me the amazing opportunity to study the early evolution of the Earth and its transition from a largely molten state to the habitable planet we know today. This funding will also help me to develop exciting new instrumentation and analytical techniques, and, most importantly, mentor and support the next generation of PhD students and postdoctoral researchers working in geochemistry.”

Professor Sir Richard Friend from the Cavendish Laboratory has been awarded funding for his Spin Control in Radical Semiconductors (SCORS) project, which will explore the electronic properties of organic semiconductors that have an unpaired electron to give net magnetic spin. The project is based on a recent discovery that this unpaired electron can couple strongly to light, allowing very efficient luminescence in LEDs. Friend’s group will explore new combinations of optical excited states with magnetic spin states. This will allow new designs for LEDs and solar cells, and opportunities to control the ground state spin polarisation in spintronic devices.

Professor Christopher Hunter’s InfoMols project is focused on synthetic information molecules. “The aim of our project is replication and evolution with artificial polymers,” said Hunter, from the Yusuf Hamied Department of Chemistry. “The timeframe for achieving such a breakthrough is unpredictable, and it is the flexibility provided by an ERC award that makes tackling such challenging targets possible.”

Professor Mark Gross from the Department of Pure Mathematics and Mathematical Statistics received funding for his Mirror symmetry in Algebraic Geometry (MSAG) project, and Professor Geoffrey Khan from the Faculty of Asian and Middle Eastern Studies was awarded funding for ALHOME: Echoes of Vanishing Voices in the Mountains: A Linguistic History of Minorities in the Near East. 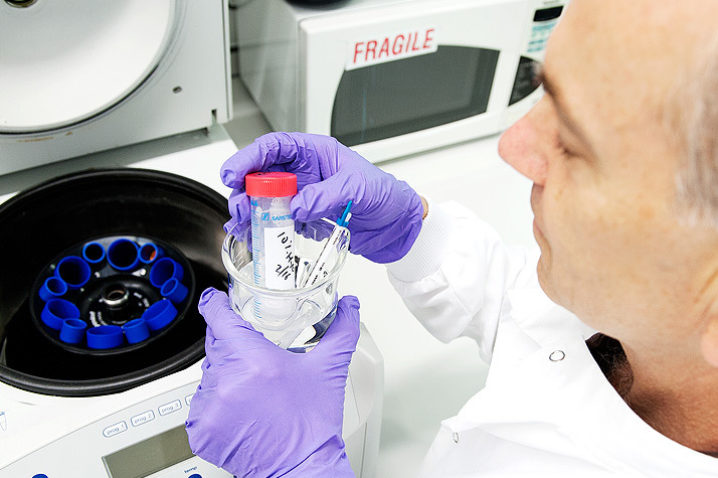